Priority queues for the elderly at MRT station passenger lifts

We thank Mr Fernando for his letter (“Give the elderly priority use of lifts”, 21 Nov) and agree that greater priority for use of lifts should be given to elderly and other commuters with mobility needs. The Land Transport Authority (LTA) has worked with the rail operators to implement a series of initiatives in this regard.

First, since 2006, all our MRT stations have been equipped with barrier-free facilities, e.g., a lift, tactile guidance system and wheelchair-accessible toilets, to assist the elderly and persons with mobility needs. Second, in April this year, we have also started to introduce Priority Queue stickers at lifts and platform screen doors at six MRT stations – Novena (North-South Line), Outram Park (East-West Line and North-East Line), Chinatown (North-East Line), Sengkang (North-East Line) and Kent Ridge (Circle Line) and they remind commuters to give way to those in need. We will eventually roll this out to other stations from the second quarter of 2017.  Third, we will be implementing a dual-speed feature in our escalators to allow for slower speeds during off-peak hours.

SMRT Trains and SBS Transit will also continue their efforts to remind commuters about safety in our public transport system. This includes posters and safety announcements on safe riding habits on escalators. Commuters are also encouraged to take the lifts if necessary and to approach the station staff if they require assistance. 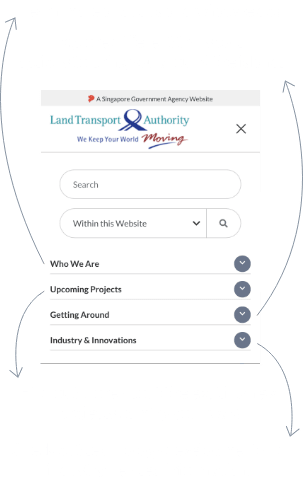 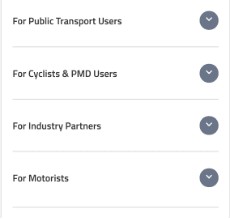